Are Catamarans Safe For Ocean Crossing? 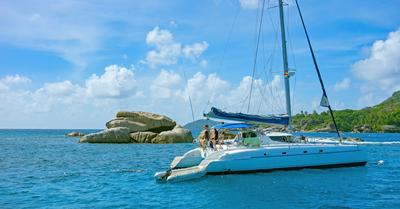 ‍Sailing the ocean is a dream for sailing enthusiasts. A major question that pops up for those who own a catamaran is: are catamarans safe for ocean crossing?

We haven’t heard of many people crossing oceans in a catamaran, which is why it is a rather surprising question for us. But, overall, we do know that catamarans are one of the safest boat types that have excellent stability and speed, so it shouldn’t really be that surprising, after all.

Given the extensive number of things to factor in when ocean crossing, we consulted sailing experts who have crossed the ocean numerous times in various types of boats. This article includes the recommendations and perspectives of these experts and will deeply examine all aspects of whether catamarans are completely safe for ocean crossing or not.

‍What is a Catamaran?

To put it simply, a catamaran is a boat with two hulls. This term is derived from the word kattumaram, which means logs bound together. The first catamaran ever designed was used for fishing. However, catamarans have come extremely far from their crude beginnings, from being manufactured with wood to fiberglass or carbon fiber with twin hulls connected by a bridge deck. Moreover, designed in various sizes, these multi-purpose and versatile boats are used for numerous activities.

This boat type has made waves within the past few decades. Small day sailing catamarans have really made their mark because they provide a simple and utterly safe learning platform for those with little sailing experience. Constructed with roto-molded plastic or fiberglass, sailing catamarans don’t typically have auxiliary engines, making sails their sole propulsion source.

Often referred to as multi-hull powerboats, power catamarans feature larger engines than their sailing counterparts and have no sails or masts. Their motors help these boats run at top speeds. However, they do require reinforced hulls to be able to handle the power and weight of these engines. Power catamarans are found in various sizes and shapes. While smaller power catamarans are marketed for fishing, the large ones are often used for bareboat charter and cruising platforms.

Are Catamarans Safe for Ocean Crossing?

Catamarans aren’t the most popular ocean-crossing sailboat option, but they are surprisingly safe offshore. In fact, catamarans are probably one of the safest ocean-crossing options compared to similar-sized monohulls. The safety of these boats mainly stems from great stability, improved motion comfort, speed, and surplus buoyancy. Catamarans are also great for offshore sailing due to the availability of a mild planing effect that reduces drag and the effects of rough seas and the absence of traditional limitations of hull speed.

What is the Safest Catamaran Design for Ocean Crossing?

‍Cruising catamarans with bluewater sailing potential are one of the safest vessels for the ocean. In fact, they are often favored for crossing oceans because of their impressive speeds and miraculous ability to handle rough waters.

Cruising catamarans typically include safety features and design elements, including watertight hatches and positive buoyancy material that aren’t available in recreational racing catamarans. These types of catamarans also have strong cockpit windows designed to be damage-resistant in case of crashing waves. Moreover, they are also packed with redundant systems, including navigation lights, bilge pumps, and radios – all essential elements for offshore voyages.

Many expert sailors also recommend novice sailors to use cruising catamarans – not because they are easy to sail, but because they can safely handle bumpy weather conditions due to their increased stability.

Yes, catamarans are constructed with strong materials that make them worthy enough to sail in the ocean. Generally, all bluewater catamarans are crafted in a structurally sound and highly rigid manner, allowing them to make it through ocean journeys and suffer tremendous stresses along the way. This is a major reason why catamarans are being built with even stronger materials and reinforced in all critical areas.

How does a Catamaran Handle Harsh Weather?

If you’re longing to take your catamaran out to the ocean, it is important to account for the rough weather you might encounter. Generally, catamarans, especially the larger ones with more displacement, can handle the rough weather pretty well. They are known to be able to bear high winds and chop through.

Although a same-sized monohull may seem strong and ocean-worthy, you shouldn’t expect to praise it for its easy-to-ride traits after a storm. Catamaran captains often find themselves underestimating the intensity and danger of a storm that scares a monohull crew.

Can a Catamaran Survive Flooding?

Flooding can be a huge concern, regardless of whether you’re out at sea or the ocean. Fortunately, catamarans benefit from other safety features that are not a design choice but a design element.

Catamarans are generally categorized and feature a center cockpit located high above the waterline. All these characteristics make the boat stronger and require serious flooding to actually place the vessel in serious danger. For instance, a small leak in one hull may need to be mended promptly, but it doesn’t endanger a catamaran nearly as much as it would endanger a hull.

Also, most of a catamaran’s interior space is located in the center console above the waterline, keeping it from flooding from the hulls – at least temporarily. This is another major reason that catamarans are rarely in danger of sinking.

Can a Catamaran Break in Half?

It may seem quite convenient to believe a catamaran encountering a dangerous wave in the ocean and breaking in half. After all, they are held by a strip of fiberglass only. However, the fact is that catamarans are designed to be incredibly robust, with all elements being thoughtfully curated to be strong.

Catamarans rarely break in half. All the odd stories you may have read about these boats breaking into half are probably based on bizarre circumstances. The only reason this would occur is due to serious conditions, serious design flaws, or sloppy construction.

Generally, the hull of a catamaran breaks far less often than a regular monohull – and in pretty less-dangerous conditions. Therefore, you don’t have to worry about your catamaran splitting in half while on the ocean.

Can a Catamaran Sink?

Catamarans also feature various design elements that make them difficult or almost impossible to sink completely. Sinking revolves around buoyancy, and catamarans have lots of it. Monohull sailboats work well offshore considering their low enough centre of gravity and displacement, which helps them stay upright in case of large waves and violent gusts. Although this may seem great, something is eventually capable of throwing it out of balance.

Catamarans don’t sit too low in the water due to their buoyancy. A catamaran’s side hulls can rollover due to lack of low ballast, but as they’re strung together, they balance each other, keeping the hull out of water. So, in simple words, any boat can sink under specific circumstances, but catamarans generally don’t have a reputation for sinking due to their high buoyancy.

Benefits of Ocean Crossing in a Catamaran

Here are a few advantages of crossing the ocean in a catamaran.

Catamarans offer exceptional comfort levels that a monohull cannot, and comfort can be a safety necessity when sailing in the open ocean with a numbered crew. Catamarans are widely popular for their increased motion comfort and stability that can help keep the crew in good shape. Consider this: an exhausted and seasick crew won’t be able to tackle navigation or emergencies as effectively and efficiently as a healthy crew. So, this is an indirect benefit of ocean crossing in a catamaran rather than a monohull boat.

A catamaran can’t self-right after a knockdown, unlike many monohulls. However, there’s a much higher chance of a monohull getting knocked down than a cat. This is because catamarans have a wide and equally distributed weight, which gives them a much greater natural roll resistance. Moreover, cats also have balanced buoyancy throughout the hull, increasing their roll resistance. This gives catamarans the ability to glide through waves instead of rolling violently. Moreover, it is very challenging for the wind to push a catamaran down. They actually rise slightly out of the water when sailed properly and increase in speed according to wind speed, directing their energy forward rather than the side.

Speed is another critical and often overlooked safety aspect. Imagine two boats sailing in the ocean: a catamaran with good speed and sea-keeping abilities and a monohull of the same length but a little heavier and much better displacement. Now, as the sky begins to fill with dark clouds as an indicator of an incoming storm, which boat do you think will survive?

Well, the catamaran will be able to deploy full space and make a speed of about 15 knots. On the other hand, the monohull will be hardly able to make it more than 8 knots. So, yes, the catamaran will be able to make it back to port with enough time to spare, while the monohull will be preoccupied taking a beating from the storm. Therefore, speed does mean safety in many situations. 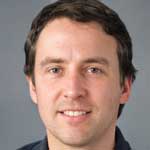 I'm Michael Moris. I've been sailing my whole life, and it has taken me to places I never imagined. From the Caribbean to Europe, from New Zealand to South America - there's nowhere that hasn't felt like home when you're on a boat! 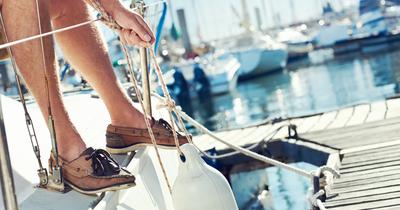 How to Dock a Sailboat 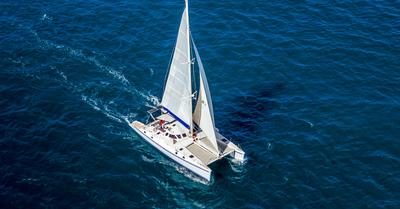 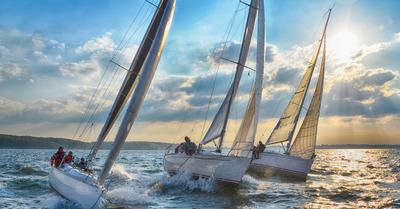 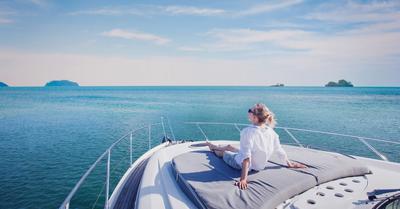 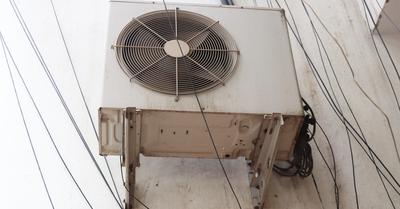 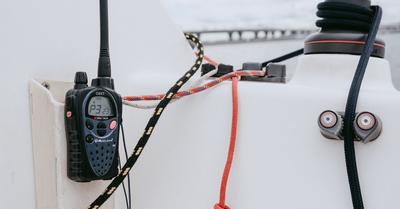 How To Use a Sailboat Winch 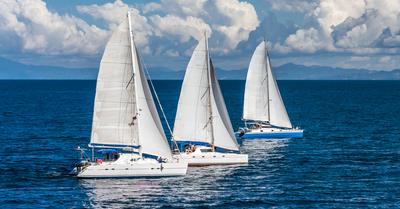 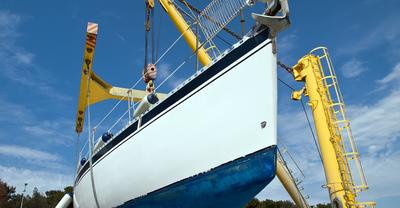 A team of boaters and sailors on a mission to provide boaters with high quality info and products that make their lives easier and more fun.

BoatDose.com is a participant in the Amazon Services LLC Associates Program, an affiliate advertising program designed to provide a means for sites to earn advertising fees by advertising and linking to Amazon.com.